"We have a large number of Sailors here at squadron that put in their maximum effort every day," said Baker. "It takes hard work and dedication to be selected as the Sailor of the year. The competition here is fierce and it serves as a testament to the professionalism our Sailors show and how they represent forward-deployed forces in Guam."

Oglesby-Peacock, a native of Nahunta, Georgia, serves as a member of the First Class Petty Officer Association, Morale, Welfare, and Recreation committee, and as a command financial specialist in addition to her legalman duties.

“I am humbled by the recognition as the Senior Sailor of the Year,” said Oglesby-Peacock. “It’s a direct reflection of the hard work my Sailors accomplish every day.”

The command SSOY and JSOY were selected by a board of senior judges during an interview process, testing each nominee’s knowledge of U.S. Naval history, programs and policies, basic military requirements, current events and leadership. Military bearing and record of job performance were also taken into consideration. The Chief of Naval Operations established the SOY program in 1972 to recognize outstanding Sailors around the fleet. This year, ten Sailors were nominated for the titles of Senior and Junior Sailor of the Year. CSS-15 is located at Polaris Point, Naval Base Guam in Piti, Guam, and consists of four Los Angeles-class fast attack submarines. The squadron staff is responsible for providing training, material and personnel readiness support to these commands. Also based out of Naval Base Guam are submarine tenders USS Frank Cable (AS 40) and USS Emory S. Land (AS 39). The submarines and tenders are maintained as part of the U.S. Navy's forward-deployed submarine force and are readily capable of meeting global operational requirements. 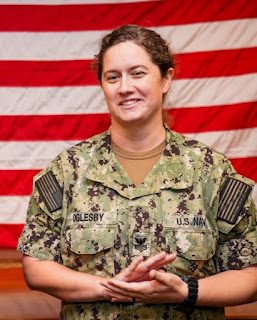