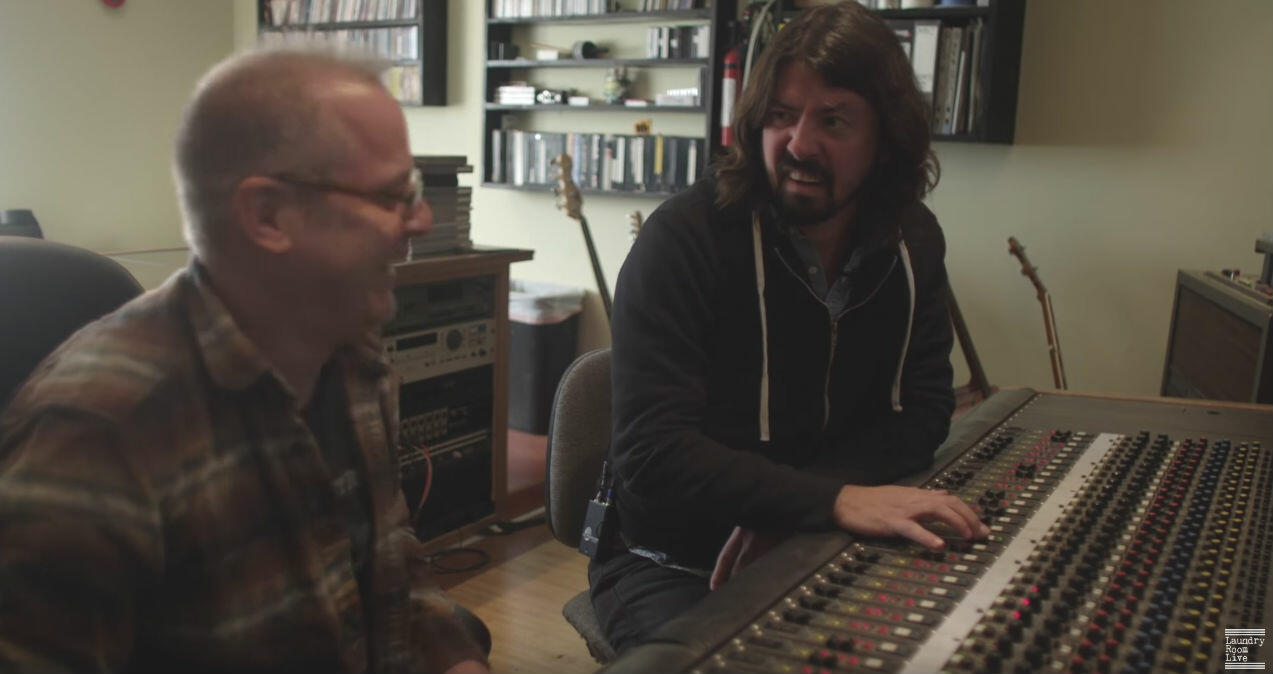 David Grohl sits down with producer Barrett Jones (Nirvana, Melvins, Foo Fighters) at Laundry Room Studios in Seattle during sessions for his HBO documentary series 'Sonic Highways' to reminisce on some of his earliest recordings.

An outtake shared by Laundry Room Studio on YouTube, features a 1990 version of “Gods Look Down”, reportedly the first song Grohl ever wrote and recorded. A later version would surface in its complete form on Fumble, the final album from Grohl’s pre-Nirvana band Scream.

Grohl is said to have recorded the original 8-track tapes on his own playing all the instruments.  Dave jokes,  “I sound like a girl. I don’t think my balls had dropped yet.”

Dave's lead vocal on the final Scream version is included below.